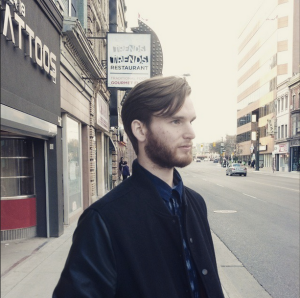 Learning to be in a relationship again after being single for a few years is no easy feat. When I started seeing my now-boyfriend, I was not sure if I should give my heart away, especially because my heart had been crushed several times in a row. That being said, I knew from the get-go that he was a caring guy and that he had a heart of gold, so I learned to trust him.

Even if I wanted a relationship when this one began, I forgot the efforts it required. Of course, I knew that every relationship (friends, work, family, love) requires efforts from both sides in order to work, but being in a relationship after being single for months feels weird.

I’m used to being very independent, so I find it difficult to be in a relationship sometimes. There is more compromise involved in being together than in being alone, but providing the partner is good, there is a lot more fun too.

I know that a good man is hard to find but even harder is finding one that is a good fit for me. I’ve dated a lot of great guys that were just not right. That is why I’ve had more lovers than boyfriends. Finding a good fit, and a man that I can actually love, seemed like looking for a needle in a haystack, because love is not about finding the man, and then done, happily ever after! Both parties need to be genuinely interested, hold common interests and/or goals and make significant efforts for the relationship to flourish.

My boyfriend is a little bit younger than me and I originally thought that it would be an issue because of the discrepancy in life experiences. He is from small-town Texas and I’m from Montreal.

We are worlds apart and yet, we can understand each other. Being with him taught me much more than I expected at first. I tended to see myself as superior because of my many stories and globetrotting life, but I’m not. We are just different, yet similar. The great thing about being in a relationship is to teach each other how to be better people. We also get to share life together, and the company’s always good.

I find that being in a relationship teaches me to be patient in other aspects of my life, such as in my relationships with others and especially with myself. Sometimes, I get annoyed at my boyfriend and at other times I get pissed off at myself. Being in this relationship has made me aware of my limitations, of his, and then of every other human being. Limitations can be overcome with courage and curiosity, things that we both have. Everyone can get better, but at the same time, people are who they are and that is why finding someone who is on the same wavelength and willing to grow with me can seem like a never-ending quest.

Accepting somebody’s love is difficult too, as it is something that grows with time. I love my boyfriend more now than I did at the beginning of our relationship because I’ve learned to accept him the way he is, and he does the same with me. I used to be bitchier around him. I guess it came from giving up my independence or rather, not wanting to give it up. It also came from a resistance to change and openness. It also came from past fears, fights and feelings.

Even though being in a relationship is hard work, I wouldn’t trade it back for singledom. I’m not saying that being single sucks, but I was ready to be in a relationship when it happened and I got into it because he was worth it. I was not looking for just about anyone. I actually wasn’t looking anymore. And then, it happened. Life has its ways.

We dated for a month before I had to go home for the holidays and an internship. He was going home and then back to school. The long-distance relationship actually brought us closer together. Because we were not physically together, we had to communicate through words only. We talked for hours online. He sent me a paper he wrote. Seeing the extent of his intellect made me fall in love with him, and kept me looking forward to our reunion.

When he went to pick me up at the bus station, he brought a big bouquet of flowers. Our relationship became stronger after that, and eventually cemented into something official.

I love having my boyfriend around me. Being together makes life easier and more exciting. We laugh a lot. We have fun even in a small town because we go on dates or we talk and chill out at home. In tough moments, we have each other’s backs, we talk it through, we make each other feel better. He takes care of me and looks at me with loving eyes. We cook for each other. I got him into cooking more, and I’m always pleasantly surprised when he whips up a new healthy recipe.

I got him into quinoa, tofu, eating more veggies, going to yoga and drinking herbal tea before bed. He got me into following music, scholarly ideas, space and learning how to be more patient.

I went home with him for Easter. Actually, he drove me there. He met my parents, who absolutely adore him, despite the language barrier. That trip made us realize that we could live together in the future. If you’re able to go through such a trip together, support each other and come out stronger, it’s a good sign.

On the road, he waited in line for food while I got us coffee. We sat down together and ate breakfast before going on to new adventures.

In the car, I read him stories to make sure that he was awake and entertained.

On the way back, I was exhausted and had a deadline the next day. Despite our intention to go sleep at my friend’s place in Toronto, he suggested going straight home and it was such a relief to know that he was willing to go the extra mile (literally).

He is extremely patient, kind and affectionate. All of this positive energy really helps me to keep going. We encourage and support each other in our endeavours. We are both intellectual and active people, so we always have something new to talk about. We keep our bodies and our minds in good shape. We always have smart conversations. We are both immensely curious.

We tell each other ”I love you” many times every day. We call each other a lot of silly nicknames, which I won’t reprint here, but let’s just say that there’s a lot of baby animals involved. The difficult part now is that despite all of this, life is not a Disney movie.

In a few days, I’ll be going home to Montreal for a few months and my boyfriend will be staying in London, Ontario. The good thing is that he’ll drive me home and that we’ll get to spend a couple of days there together. The bad thing is that he’ll have to come back to London.

When I wake up next to him in the morning, I always feel blessed. I’ve got a good, fun and smart man to hold. I don’t take it for granted, and I know I’ll miss him. At the same time, I know that I’ll carry on being both a good girlfriend and an independent woman.

When we’ll see each other, it’ll be a celebration. In the meantime, we will have to communicate over phone, text, email, Skype. We are setting up a two-people book club to deal with the separation, reading the same books at the same time.

Although it’s hard to say bye-bye baby, it’s also nice to have this time to write and figure my adult life out. I’m still an independent woman and it’s important for me to remember my individuality when I’m in a relationship. I don’t want to lose sight of the single girl because my inner independent woman is what keeps me going. Being alone for most of my life shaped who I am and where I’m going. That being said, it’s also nice to share.